Auto Bild is a leading German automobile magazine based in Hamburg, Germany. Auto Bild was first published in the last week of February 1986. Auto Bild with its worldwide licensed editions, of which more than 7 million copies are sold every month, is published in 36 countries, including Indonesia.

In June 2016, Auto Bild Indonesia published a special holiday edition (in Indonesian language: Edisi Spesial Liburan) with Jakarta VW Campervan  as one of the main features. The VW Campervans picture is on the cover page. 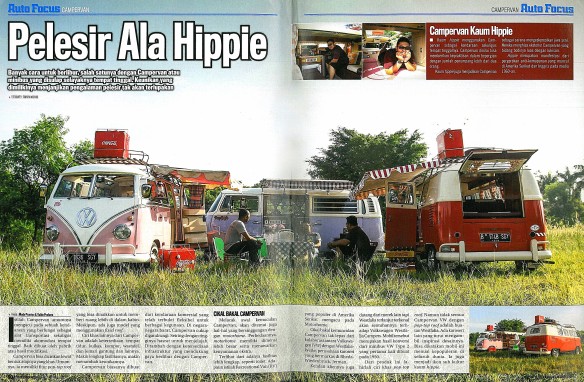 The centerfold of the magazine. The title says: “Traveling in Hippies Style”. You know what it means, don’t you? 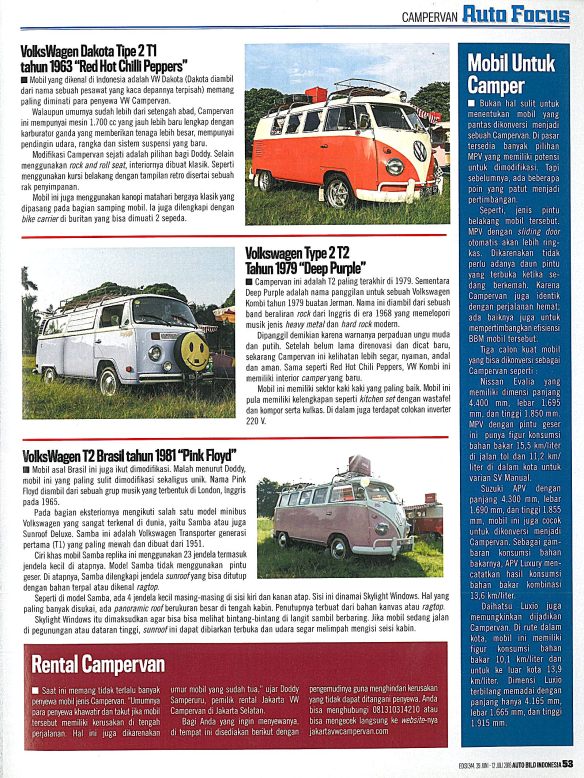 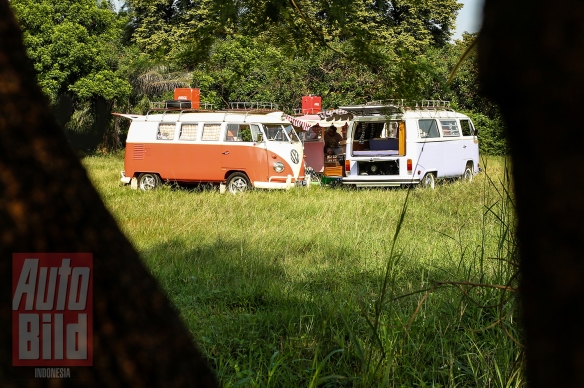 The interview & photo session were taken at a park in our complex, South Jakarta. Now, the park is gone & mall-office-apartment-hotel facility is being constructed there.